Posted by the U of T Department of Linguistics at 2:15 AM No comments:

Appreciation for Diane and Elaine

The rest of us look on appreciatively. 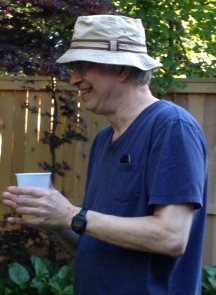 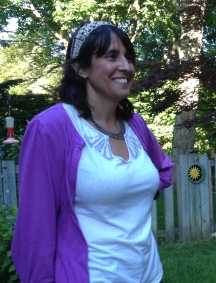 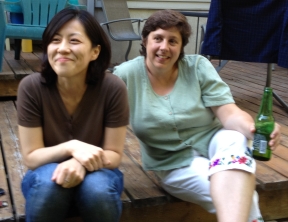 Posted by Department of Linguistics at 2:43 PM No comments:

A central question in the study of language concerns the mechanisms by which the  participants in an event described by a sentence come to occupy their positions and  acquire their interpretation. The papers included in this volume explore current issues  and re-assess generally accepted premises on the relationship between lexical meaning  and the morphosyntax of sentences by confronting two competing approaches to this issue. A long-standing approach is based on the assumption that it is the lexical meaning of a verb that determines, albeit indirectly, the basic properties of sentence structure at  the level of verbal meaning, including asymmetric relations, thematic roles, case, and  agreement. An alternative approach claims that, to a large extent, the syntax itself
establishes possible verbal meanings on the basis of the legitimate relations that can exist between syntactic heads, complements, and specifiers. Amharic, Catalan, Chamorro, Chukchee, English, Georgian, Inuit, Korean, Malagasy, Slovenian and Spanish, are among the languages used to provide empirical evidence and illustrate the argumentation.

Posted by Department of Linguistics at 11:13 AM No comments:

Michelle is beginning her MA in Linguistics in our department in September.
Congratulations, Michelle!
Posted by Department of Linguistics at 9:59 AM No comments:

Richard Compton successfully defended his PhD thesis entitled "The Syntax and Semantics of Modification in Inuktitut: Adjectives and Adverbs in a Polysynthetic Language". We celebrated with Richard at a party hosted by his supervisor, Alana Johns.

Posted by the U of T Department of Linguistics at 5:41 PM No comments:

Congress of the Social Sciences and Humanities

This year's meeting of the CLA was held at Wilfrid Laurier University at the end of May as part of the Congress of the Social Sciences and Humanities. Over 20 current students, alumni, and members of our faculty presented talks (program: http://homes.chass.utoronto.ca/~cla-acl/prog2012.html) and the Canadian Language Museum's exhibit Canadian English, Eh? was also featured at the conference.
Two of our PhD students presented talks at FUSAC's biennial conference (program: http://www.ric.edu/fusac/2012ConferenceProgram.pdf), which also took place as part of the congress.
Posted by the U of T Department of Linguistics at 5:41 PM No comments:

Publication: The Language of this Land, Mi’kma’ki