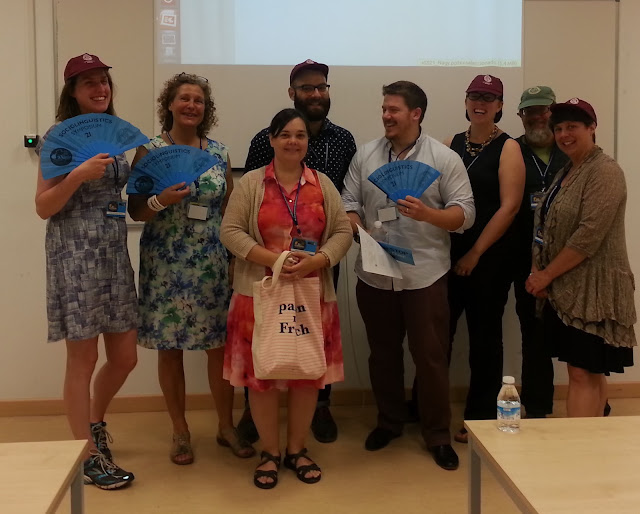 Along with 1200 of her closest sociolinguistics colleagues, faculty member Naomi Nagy attended SS21 in Murcia, Spain. She gave a talk about the (non-)correlation of linguistic attitudes, ethnolinguistic vitality and variable linguistic patterns in Toronto's heritage languages as part of a panel on attitudes and prestige in heritage languages.

NWAV organizers: take note of this for the future. Think about organizing a conference somewhere where you can count on being able to serve all receptions and coffee breaks outside in the sunshine!
Posted by the U of T Department of Linguistics at 1:38 AM