The 41st volume of Toronto Working Papers in Linguistics (TWPL 41) has now been released; it contains a range of papers from the Montréal-Ottawa-Toronto Workshop in Phonology/Phonetics (MOT 2019), which took place here in March, co-hosted by us and by York University. Many thanks to those whose articles appear in this volume, to incoming editor Pocholo Umbal (Ph.D.), and - especially - to outgoing editor Ruth Maddeaux (Ph.D.), whose prodigious efforts have underlain the TWPL revival since 2015-2016. Well done, all!
Posted by the U of T Department of Linguistics at 7:34 PM No comments:

UK Language Variation and Change (UKLVC) 12 is taking place in London, England, from September 3 through 5, co-hosted by Queen Mary University of London and University College London.

Former visiting scholar Claire Childs (University of York):
"Ripping open the envelope of variation: Stative have (got) and auxiliary-/negative-contraction in British English."
Posted by the U of T Department of Linguistics at 2:09 PM No comments:

The aim of this workshop is to showcase existing work and promote new collaborations in research at the intersection of the fields of Psychology, Linguistics, and Computer Science. Along with keynote talks, the workshop will include oral and poster presentations by workshop attendees.

The invited speakers are Suzanne Stevenson (faculty, Department of Computer Science) and Bob McMurray (University of Iowa). Note that attendance is free but anyone aiming to attend is asked to RSVP by the end of the day on Sunday the 25th.
Posted by the U of T Department of Linguistics at 5:05 PM No comments:

Julie Doner (Ph.D. 2019) has just returned from the Guatemala Field Station run by the University of Maryland. With the four-week K'iche' Language School and Field Research Program, Julie and a number of colleagues completed two weeks of K'iche' language classes and two weeks of research. 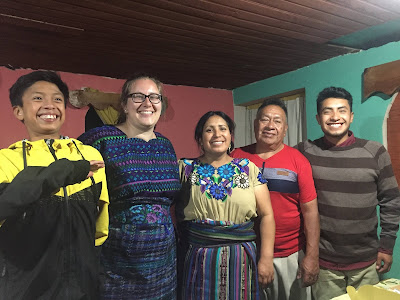 Julie and her host family. 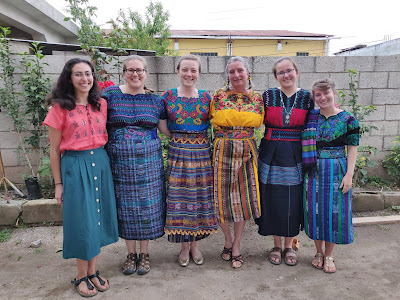 Julie and several of the other students in traditional Mayan clothes. 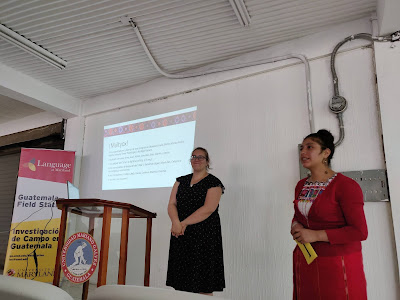 Julie giving a talk about her work (in Spanish!). 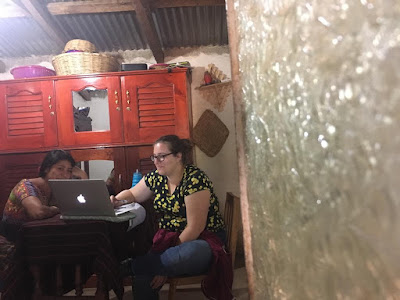 Doing elicitation.
Posted by the U of T Department of Linguistics at 3:30 PM No comments:

Wednesday, August 14, 11:00 AM - 1:00 PM in SS 560A
Syntax Group
Bridget Copley (Centre national de la recherche scientifique/Université Paris 8) presenting joint work with Heidi Harley (University of Arizona): "What would it take to tame the verbal Hydra?"
Like the mythological Hydra, prominent theories of the syntax-semantics interface in the verb phrase boast multiple verbal heads, either in parallel (Folli and Harley 2005a, 2005b), or in series (Ramchand 2008). In either case, the need for syntactic heads to select appropriate lexical roots requires that a considerable amount of information is duplicated between the lexicon and the syntax. In this paper we hypothesize a single unified verbal head for dynamic predicates, with the aim of reducing the selection problem to ordinary type-driven semantic composition. To construct the denotation of the unified verbal head, we adopt two recent ontological innovations to the theory of event structure: the use of degree arguments to represent change (Hay et al. 1999, Kennedy and McNally 1999, Kennedy and Levin 2008, Kennedy 2012) and the use of force arguments to represent energy (Copley and Harley 2015). For the single-head analysis to work for major predicate classes and basic modifiers, we find that the tweaks to compositional theory that are needed are relatively minor, and raise interesting questions about the relationship between roots and structures.
Posted by the U of T Department of Linguistics at 7:09 PM No comments:

The International Congress of Phonetic Sciences (ICPhS 2019) has just wrapped up in Melbourne, Australia. Thanks to Na-Young Ryu (Ph.D. 2019, now at Pennsylvania State University) for this photo of several U of T folks! 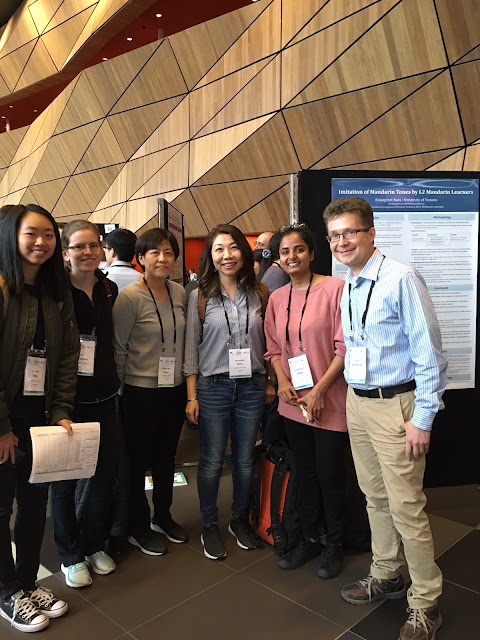 This year's International Congress of Phonetic Sciences (ICPhS 2019) is taking place in Melbourne, Australia, from August 5 through 9. Our current departmental members and alumni are very well-represented, and across a range of subfields that intersect with phonetics:

Alexei Kochetov (faculty) with Mayuki Matsui (University of Amsterdam):
"Laryngeal coarticulation in two types of devoicing: An electroglottographic study of Russian and English."

Maida Percival (Ph.D.) has a poster:
"Contextual variation in the acoustics of Hul'q'umi'num' ejective stops."