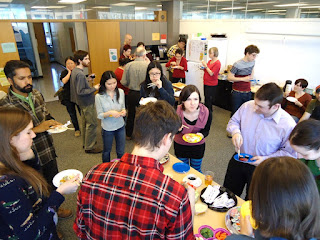 Last week we celebrated the end of another successful term and year! This year has been a particularly busy year, so we had lots to celebrate! Tanya Slavin, Bettina Spreng, Elham Rohany Rahbar, Monica Irimia, and Anne St. Amand successfully defended their theses, and will be convocating in June. 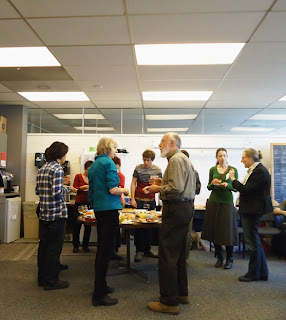 We successfully hosted NELS 42 and MOT 2012 (as well as TULCon, which was hosted by SLUGS).

In mid-December, Alana Johns led a transcribing workshop in Nain Nunatsiavut (link to blog here: http://ukausivut.wordpress.com/), which was funded by her SSHRC research grant for "Beyond the Word". 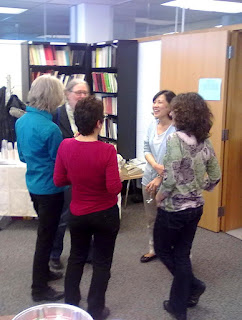 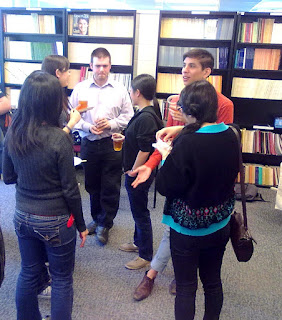 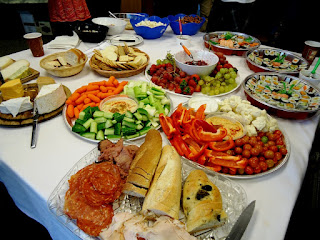 Several of our graduate students and faculty members gave talks and presented posters at various conferences. Some of these include:

The Minimalist Program: Quo Vadis? - Newborn, Reborn, or Stillborn? at the University of Potsdam in early October: Alex Motut (who presented joint work with Kenji Oda)

OCP 9 at ZAS in Berlin, Germany in mid-January: Christopher Spahr

WSCLA 17 at the University of Chicago in mid-March: Richard Compton and Tanya Slavin 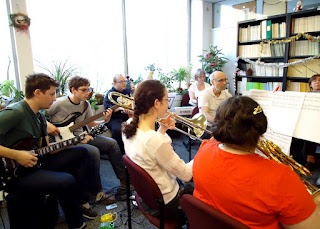 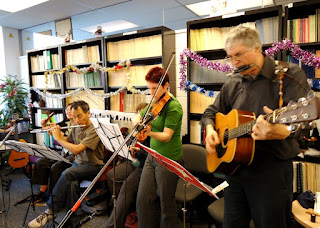 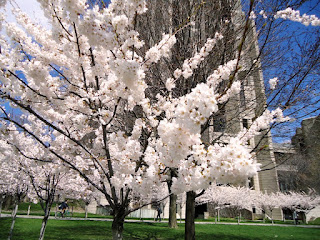 In December, our Christmas party featured "the largest permutation of F-Zero" (Cowper, pc), led and conducted by Elan Dresher, who led a two-hour sing-along.

Congratulations to everyone on a successful year!

Photo credits: Christopher Spahr and Eugenia Suh
Posted by the U of T Department of Linguistics at 4:34 PM No comments: